Get the Most Out of Your Environmental Control Systems: 17 Tips

An integrated environmental control system (ECS) is the best tool you can have for making science-based cultivation decisions. 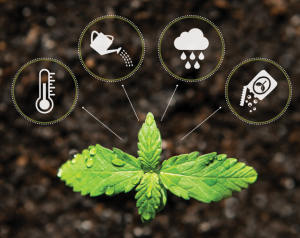 An integrated environmental control system (ECS) is the best tool you can have for making science-based cultivation decisions, hands down. Integrating all your equipment under one system, not just your temperature and humidity controllers, but also lighting, water treatment, irrigation, CO2 enrichment systems and alarms, provides better data, tighter control, increased energy savings and reduced waste.

Some systems will analyze your harvest statistics and record labor tasks to improve productivity. Such systems use anticipatory logic to make predictive changes to your climate, particularly important in a dynamic greenhouse environment where sunlight changes every few minutes on a partly cloudy day. This allows you to focus on growing your crop rather than worrying about your climate. For example, whereas non-integrated equipment may require several adjustments per day as conditions change, the greenhouse that my team managed only needed adjustment seasonally (four times per year).

ECSs store and display data to allow you to fine-tune your programming. They warn you when things go wrong via audible alarms and call-out texts, emails or phone calls. Lastly, with experience, a grower can learn to diagnose equipment problems using data graphs, often long before an alarm condition is reached. Because of their capacity to amplify the skills of a good grower, I recommend to my colleagues that they invest in the best ECS system they can afford.

Here are some tips on getting the most out this vital tool. Many of them pertain to greenhouses, which are more challenging to control than indoor grow rooms but are becoming a greater percentage of cannabis cultivation space each year.

1. Do your homework. When selecting a system, you need to make your best judgment about which companies will be around five years from now. No matter how good the system is, if the company that built it goes belly up, you will no longer have access to upgrades, service or spare parts. I’ve seen this happen at two multi-million dollar research facilities: the first at an agricultural chemical company, the other at a Big Ten university.

Another mistake I’ve seen more than once is believing a system designed for controlling offices can control a room full of plants, especially a greenhouse. If you’ve never spent time in a greenhouse, you’ll be surprised at the rapid cycling rate of equipment—things are turning off and on all the time. This just doesn’t happen in an insulated, opaque building occupied by people. Ask your network of colleagues about the systems they’ve worked with. Find growers using the systems you’re considering. Don’t stop with just one opinion, and I promise you that patterns will emerge that will allow you to make the best selection.

2. Perform routine equipment checks. The curse of all automation is the complacency it breeds. Unlike the failsafe engineering of an aircraft, the ECS does not have a sensor on each piece of greenhouse or grow- room equipment indicating that it is functioning. It sends the signal to turn it on or off, but that’s all it knows. It is up to you to make sure the fresh air damper actually does open and close or the greenhouse exhaust fan hasn’t slipped a belt and is no longer spinning. Training staff to recognize improper functioning and performing routine maintenance checks is vital.

3. Don’t skip the training. Too often, even though you were offered a certain number of hours of free training on your system, in the rush and excitement of starting a new facility, this training gets dropped. This is true especially when you realize just how little daily input these systems require. Other times the vendor may not voluntarily provide it unless you insist. Put this training on the calendar, tell everyone of its importance, and try not to be interrupted during it.

4. Build in lightning protection. When lightning struck my ECS’s outdoor weather station, the charge traveled down the wires to the individual greenhouse controller that the weather station was wired to and fried it. Luckily, the charge did not travel further upstream destroying others, as a fail-safe was built in. Inexpensive communication chips were designed to fail when overloaded, protecting the boards of other controllers.

5. Plan for future equipment. When designing your system, have at least one spare standard electrical outlet controlled by the ECS. This will allow you to quickly add equipment later, such as an extra dehumidifier, or maybe something that hasn’t even been invented yet.

6. Add the ECS to your preventative maintenance schedule. Create a maintenance plan and assign responsibilities to it. If the fans that aspirate your sensor boxes fail, the sensors will measure higher than the room temperature when the lights or sun heat up the box. If your system uses wet wicks to measure humidity and those wicks go dry or get covered in a biofilm, they will measure incorrectly. Grime on glass thermistors that measure temperature/relative humidity (RH) affects the reading. Weather stations need to be calibrated and checked; I once had rain get inside a supposedly sealed electronics board for an outdoor humidity probe, causing inaccurate readings.

7. Snug the wires. Make sure signal and communication wires are tightly screwed down to their terminals. For the first few months in my new facility, I chased false power-outage alarms that would only last a few seconds, until I realized that several dozen terminals across the facility were not snugged down. 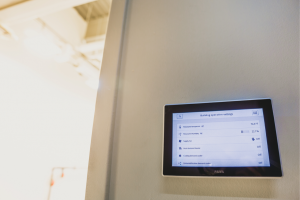 8. Don’t wait for sensors to fail. When some temperature probes fail and signal is lost, they often cause an alarm condition reading such as -40 degrees C, which allows you to know exactly when it happens. However, many times I observed that the sensor reading just froze at the last measurement and the room continued heating or cooling as it was at that moment, until it was too hot or too cold and there was no alarm! For this reason, I chose to replace my sensors every two years, even though they rarely, if ever, needed calibration until the day they stopped working.

9. Never drill into the controller cabinet. ECS cabinets are sealed from the environment when the cabinet doors are closed. That being said, there are some things to avoid. Though it may seem like a good way to clean a cement-floored corridor, never use a leaf blower that will stir up dust. Keep cabinet doors closed when you’re not present, as water lines have been known to burst in greenhouses where UV light from the sun weakens uninsulated plastic pipes. Never drill into the cabinet, as the metal shavings will short-circuit electronics.

10. Use static discharge bands. When working on circuit boards, such as wiring in new sensors or changing chips for a software upgrade, always wear a static discharge band around your wrist and have it attached to a ground in the cabinet. Without this protection for the equipment, you may not even see or feel the static spark, but the resultant “ghost in the machine” damage is very hard to troubleshoot.

11. Understand what happens during a power outage. Typically, because of battery back-up, everything returns to normal after a power outage, and the programming just picks up where it left off. However, scheduled irrigation cycles may have been missed, and the ECS doesn’t know it. Therefore, in the case of a power outage, check to ensure this has not happened. Also keep in mind that some valves mechanically close or open when not powered, depending on their construction. For example, heating valves may be “fail open” or “fail close.” The ECS may not know what position the valve is when power returns. They eventually synchronize again, but it may take several hours. For this reason, it is vital to ensure heating valves are synced with the ECS following a power outage.

12. Keep spare parts on hand. Store fuses, chips, input/output boards and even a spare controller, though this can cost thousands of dollars. Trust me, you will thank me for this advice when that moment comes, which is always at the worst possible time, such as the evening before a major holiday. None of these specialty components are likely to be found in a local electronics store.

13. Affix mechanical drawings inside the cabinet door. Keep copies of “as built” drawings in each cabinet for your use as well as use by any electricians or electronics specialists you contract for a repair. Just as important is to keep charts of any modifications you made yourself, such as additions of watering valves or new sensors. Include the configuration programming and calibration of those components, as these little details are too soon forgotten. Laminate these papers to protect them from deterioration.

14. Study your climate graphs closely. Understand what normal looks like, so you can better understand abnormal. You may think that troubleshooting problems is all about observing the actual equipment, but some problems only arise under certain weather conditions, which are hard to replicate. Some problems happen invisibly, such as when a heating valve at my facility was malfunctioning. It never resulted in an alarm condition, and it’s unlikely that a human could have observed or felt it, but the temperature was being controlled poorly.

16. Expand capability on your own. Learn how easy it is to add sensors (inputs) and equipment (outputs). Your vendor can assist you by phone and send diagrams to you by email. I was able to train my students to install irrigation valves, wire them to the ECS, configure and program them. We also installed humidifiers, infrared (IR) canopy sensors, motorized light-deprivation curtains over single tables, redundant temperature probes, soil moisture sensors, PAR sensors and web cams.

17. Dial it in. The true power of integrated controls is the fine-tuning of the environment. With an understanding of programming and close observation of climate data, you will be amazed at what you can achieve. We had a researcher doing important supplemental lighting research, requiring the same daily light integral, or accumulated light, in the greenhouse across all seasons and weather patterns in our Midwestern U.S. location, where it naturally varied from 2 mols/m2/day to 50 mols/m2/day. By using two layers of shade curtains and smart control of lights, we were able to “dial in” a DLI of 12 each day with an error of just less than 2 mols/m2/day.

By properly understanding how the climate effects plant physiology, cultivators can use data from an ECS to fine-tune optimum environments or even apply controlled stresses to achieve their cultivation goals. Similar conditions can be maintained crop after crop, season upon season, for the predictability and uniformity of plant attributes. Graphical tracking and user expertise allow for troubleshooting and repair of mechanical or programming errors that might linger for weeks or months with no one the wiser. The anticipatory logic and fast cycling capability of these systems is quite literally the difference between responding to environmental conditions and creating those conditions.