The New Face of Controlled-Environment Ag 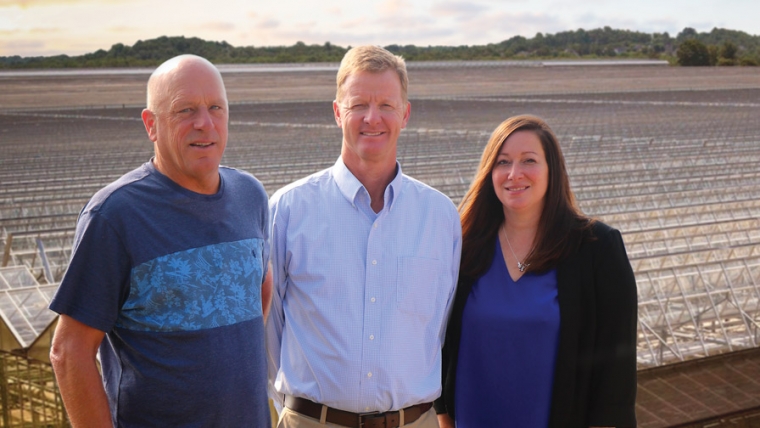 The greenhouse industry as we have known it for nearly four decades is changing. Floriculture still drives the largest segment of the greenhouse market, but other crops are now entering the mix on a significant scale. Fresh-market vegetables and other produce are more popular than ever with consumers. Cannabis (and now even hemp) growers are responding to the benefits of growing in a controlled environment. Other niche crops are getting attention in the greenhouse as well. At first glance it might seem like these production systems are all completely different. But take a step back and have another look at what they have in common. Controlled-environment structures. Many of the tools and technologies are similar if not completely the same. Oh, and there’s one other big similarity among these producers — they’re all growing plants.

In those respects, there really is a lot that greenhouse growers of any crops could learn from each other — if they could just meet up and talk about what they have in common. So, we put this idea to the test.

Greenhouse Grower brought together representatives from three of the biggest names in controlled-environment production, each representing a different crop segment:
• For floriculture, Art VanWingerden, Co-owner and Co-CEO of Metrolina Greenhouses
• For vegetables, Casey Houweling, owner of Houweling’s Tomatoes
• For cannabis, Suzanne Quintero, COO and Co-Owner of ForwardGro.

These three growers met Greenhouse Grower Editor Janeen Wright in VanWingerden’s Huntersville, NC, Metrolina office for an afternoon discussion of some of the big issues they face in running their operations. Each talked about their own unique challenges, but they also discovered a lot of similarities, and shared some of the different approaches they’re taking to solve problems and grow their businesses.

Here are some of the highlights of that discussion. We believe no matter what crop you’re producing you can learn from these growers in ways that will help you improve your operation and help you run a more profitable business.

Art VanWingerden: With ornamentals, we turn this greenhouse about five times a year, meaning that we have finished a different pot in the same square footage five times. We have a lot of different crops, and they each need different environments. Our biggest challenge is the variability in the crops that we grow. It’s the challenge of always changing, which you must, and keeping the greenhouse full but not too full.

Casey Houewling: What do you see happening in retail?

Art: The retail end is more complex. Twenty years ago, we grew six or seven different items. Now we grow 40 different deco pots. And every other year our retailers want to change the pots we’re using, so you better use up your material and not over order. We used to do a lot of spec growing or we grew items on speculation thinking they’d sell. We don’t do that anymore. If they say they want 100,000, we’re growing 100,000. We’re not going to have a year that sales go up 50%. It’s not going to happen. We shoot for growth of 2% to 5% a year.

Suzanne Quintero: That’s where I’d say my industry is different because we do have the potential to grow exponentially. Growing high-quality flower is the starting point. As more and more people understand the value of this medicine, patient count increases along with demand.

Casey: You have such a new industry that nothing may change five years from now. You could be the same, but everything else is going to change. The cannabis grows will one day be as big as the greenhouse operation here at Metrolina.

Janeen: So, let’s talk more about a problem everyone seems to have in the greenhouse industry and that’s labor. How are you approaching getting the people you need and doing it affordably?

Casey: You have huge problems in America with the millions of illegals working in the country. That must be dealt with. Nobody wants to deal with it, and it’s all on our industry. We had a regulation in our California operation and our Utah facilities where we lost 90% of our staff. You want to pull a plug on a lot of money in a hurry, you do that.

Art: The same thing happened in our York facility. We e-verified everybody when we bought Stacey’s Greenhouse in 2013. We E-Verified everyone and ended up keeping only around 35 to 40 people out of nearly 210 employees. The first year we went through 3,000 people to fill 250 to 300 positions. That was crazy.

Suzanne: Our difficulty is finding people that are not only passionate about the industry but that are also willing to put in the hard work required. Many of our current employees have come from the ornamental world with solid plant knowledge and we have been able to teach and train them on the cannabis specifics.

Casey: All these things have to change if we want a strong greenhouse industry in the U.S because it has a very low percentage of greenhouses compared to most of the developed Western world. If you look at that, there’s a huge opportunity within America, but you must have the right kind of regulations. It’s not that we need support from the government, as far as financials are concerned. It’s more about the regulatory environment that’s stifling what we’re trying to do. The higher minimum wages and higher standards and everything else are going to make things difficult for some growers. The greenhouse vegetable industry probably has it the most difficult because it competes with Mexico and the wages they pay there. And then you have free access out of Mexico with very little regulatory oversight, and they’ve got your markets, so we haven’t seen prices increase in decades.

Art: There’s not one cost that we have that has not gone up. We get less today for poinsettias than we did 46 years ago when we started. It’s crazy and a lot more is required of us to grow those poinsettias. Labor back then was $2.50 an hour and now we’re paying $12.50 an hour. We’re getting the same or less than we did 46 years ago. That can’t happen.

Janeen: With all these challenges, where are the opportunities for the controlled-environment industry to work together?

Casey: Canada has a good foreign worker program. I think there is an opportunity for the U.S. to look at this program and learn from it. We don’t have to reinvent the wheel. We just need to copy something that works. Growers also need to marshal forces for better representation to tell the government how we need to move forward and the kind of regulatory information we need.

Suzanne: It would be interesting to figure out ways we could work together because the cannabis industry seems so secretive. It’s coming from the black market, and people are often reluctant to share even their most basic practices. I understand there is an adjustment period and a time of transition. I think if we had more people pulling together to explain how things work and why, that would be a big help in this area. We can and should do this within the cannabis industry itself, as well as, across the controlled environment industry.

Art: I think there are opportunities in just sharing information. We shouldn’t have to reinvent the wheel, nor should the cannabis and vegetable industries. Share that information where you have success. Let people see it and learn from it to make our industry better. People think they must keep the information to themselves because it gives them a competitive advantage. Don’t worry if people are copying from you. It started with you. There are always people who can learn from us, and we can learn from them.

Casey: That’s particularly hard with the cannabis industry right now, and it keeps them from moving forward. There is a lot of transferable knowledge from the floral industry and from the vegetable industry. For example, track and trace and the regulatory environment. You need to be willing to share, and you can’t think that you know everything.

Suzanne: I think there is a ton of opportunity for growers to work together. I’m so excited about all of these industries. I’m excited to have the opportunity to talk with two folks such as yourselves that have had such success in your industries. I think that is eventually where the cannabis world is going, and to be able to start these conversations now, which aren’t currently happening, is important.

Decades of Experience in One Room

The three growers who met in North Carolina for this conversation have a wealth of collective growing experience and business acumen.

ORNAMENTALS
Art VanWingerden grew up in greenhouses and knew he wanted to grow plants as early as five-years old. He now manages more than 7,400,000 square feet of environmentally controlled space and 250 acres of field production at Metrolina Greenhouses, one of the largest ornamentals greenhouses in the U.S., ranked No. 5 on Greenhouse Grower’s Top 100 Grower list. Metrolina Greenhouses is an advanced operation with facilities in Huntersville, NC, and York, SC. VanWingerden is a progressive grower who takes an active role in designing new automation equipment and technology, working closely with equipment manufacturers to develop growing solutions.

VEGETABLES
Casey Houweling possesses more than 40 years of growing experience. He picked and pruned vegetables for his father as a young boy and now heads one of the most technically advanced and environmentally friendly greenhouse operations in North America, with more than 8 million square feet of controlled-environment space dedicated to tomato production in Canada and the U.S. He also announced plans last December to diversify and grow cannabis at his Delta, BC, operation. Houweling is an entrepreneur and visionary who believes there are no shortcuts in craftsmanship. He provides consulting services to other growers and is the force behind several innovations advancing sustainable growing technologies.

CANNABIS
Suzanne Quintero has nearly 20 years of extensive experience managing, reviewing, and evaluating both tactical and strategic operational functions across a multitude of emerging industries. Her growing knowledge and business-centered approach serve her well at Forward Gro, which produces quality, affordable medical cannabis in state-of-the-art greenhouses that cover more than 50,000 square feet. Quintero served as the first Chairwoman of the Maryland Wholesale Medical Cannabis Trade association, which works to support both patients and providers in all aspects of the industry. Her background with customer service, as well as her understanding of financial operations and compliance, are all skills she brings to her current position.