While the bounty of the Santa Maria Valley’s agricultural land is easiest to see at harvest time as vegetables, fruits and flowers are loaded onto trucks, the work begins long before that.

The harsh conditions that crops face before harvest is most pronounced at the beginning; when weather, pests and predators can have a dramatic impact on the plants’ growth, even on its ability to survive.

That is where vegetable transplants, like the ones produced by Plantel Nurseries, come in.

Grown in controlled environments until they are transplanted to the fields by trained and experienced crews, Plantel’s vegetable transplant seedlings allow a farmer’s crop to get off to a stronger start than direct-seeding could provide. When Plantel Nursery first started operation, the owners believed that Santa Maria would be a perfect spot for a transplanting business as the lack of available agricultural land in the area meant that one of the best ways to increase the productivity of a field is to increase the number of harvests you could have in a year.

After starting with a location in Garey in 1987, Plantel opened a second location on Telephone Road in Santa Maria, and their newest production facility at 2775 E. Clark Ave a few years later. Between the three facilities, they have 1,350,000 square feet of greenhouse space and about the same square footage available for outside growing.

What is growing at the facility at any given time is completely determined by incoming orders from farmers, and is generally destined to wind up in fields on the Central Coast.

Using transplanted vegetable plants rather than seed maintains the consistency of the overall yield of a crop by removing the possibility of a failed germination that would cause gaps in production rows, and growing the transplants in the controlled environment of Plantel’s greenhouses allows for higher quality control of early plant growth.

“We put a good quality plant into the ground for our customers,” Graulich said.

The majority of Plantel plants end up at local fields and farms, with about 70 percent of their operations located in San Luis Obispo, Santa Barbara and Ventura counties. The remaining transplants will head to farms around the state and even farms in Oregon, Washington, Nevada, Arizona and Wisconsin.

When Graulich arrived in 2001, he said that Plantel was growing and shipping around 400,000 plants a year, and that number has grown to over 1.8 billion. The company’s growth is directly attributed to the cost of land, he said.

“Agricultural land is very expensive today, and if you direct-seed in those fields you are taking a lot of time away from yield on the fields and growing,” he said.

That reality has lead to growth in the company, and potentially to the 140-acre main production facility, with an 80-acre addition to the facility currently being planned. The addition will be built with the same level of attention to the environmental impact of production that the rest of the facility has.

The company uses large 250,000 gallon tanks to recycle the water that is used to grow the seedlings, and has a large underground water capture system to ensure that any rainwater that hits the facility will be stored and used to water their latest crops.

Technicians at Plantel test the nutrient levels of the captured or recycled water to make sure their plants receive the same nutrients as fresh water. Plantel has also created automatic pallet stackers in-house, and is currently awaiting delivery of machines that would impact the productivity of the in-field transplanting process.

Adapting to new labor realities, climate and environmental necessities or upcoming growth and development will allow Plantel Nurseries to continue to grow, helping local farmers to produce top-quality produce for a growing number of markets both near and far.

You can learn more about the work and growth of Plantel Nurseries on their website, https://www.plantelnurseries.com. 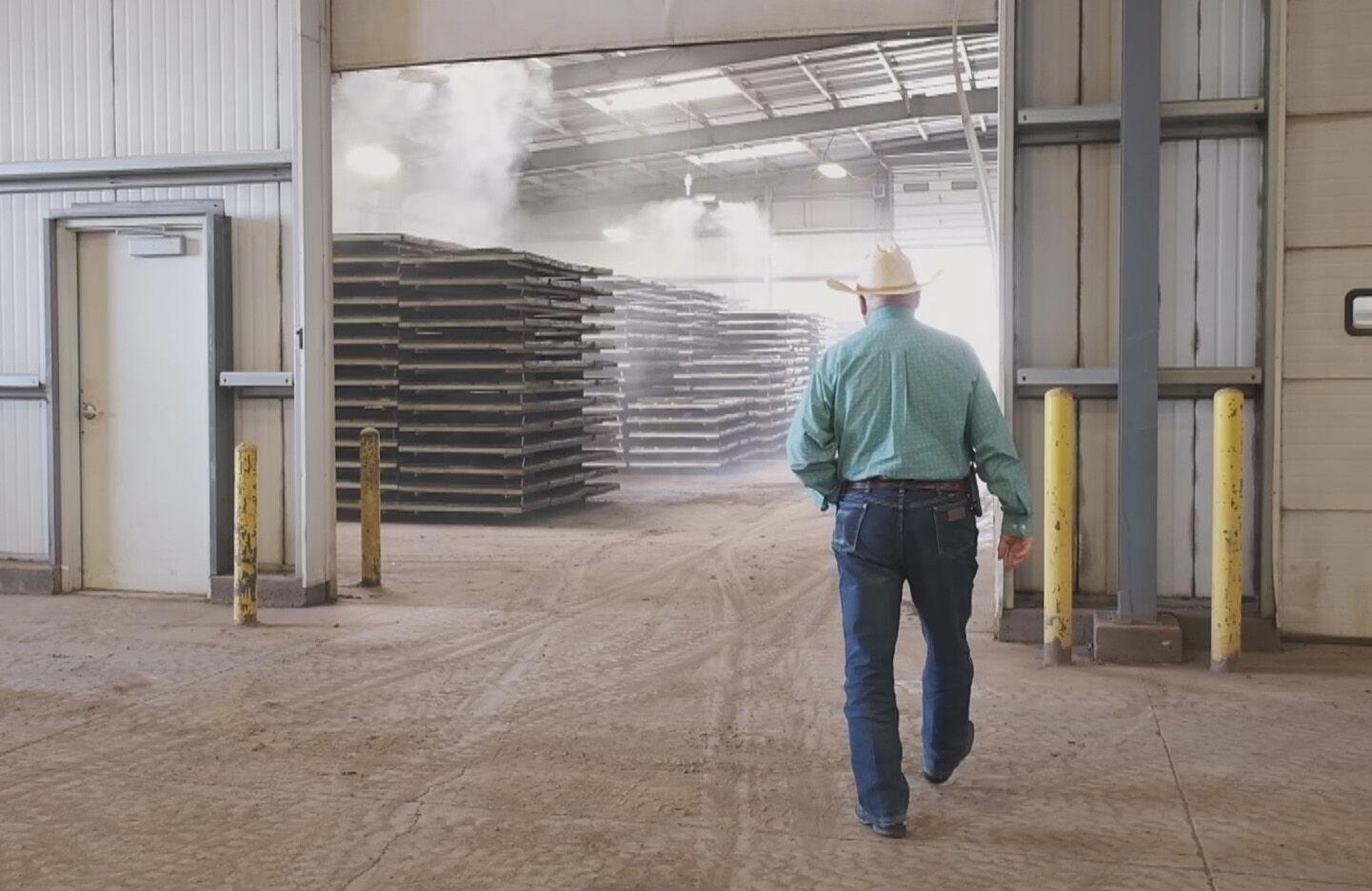