A streak of recent acquisitions positioned Altman Plants for growth by increasing its production capacity and expanding its product offerings. 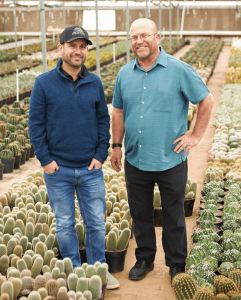 Ken Altman foresaw the consolidation coming to the greenhouse industry several decades before it happened. Early on, he realized that big box stores were starting to transform the plant business by shrinking the margins and stiffening the competition. So, he set out to reinforce his company’s relationships with retail customers — cementing Altman Plants as an invaluable supplier before the industry began to shift.

“As consolidation started changing the industry 10 or 15 years ago, customers started picking specific suppliers to work with,” says Erin McCarthy, who joined Altman as vice president of sales 23 years ago. “My job, when I came here, was to make Altman more important to each of our customers so that they’d want to pick us. We worked hard for many years to grow great products and build good customer relationships so we wouldn’t be marginalized.”

With this approach, Altman Plants laid a foundation for growth long before the company’s recent streak of acquisitions compounded its business — more than tripling its presence in Texas, multiplying its growing grounds in California and boosting its footprint from coast to coast.

We caught up with several company leaders for an update on how these integrations position Altman for success in 2020 and beyond. 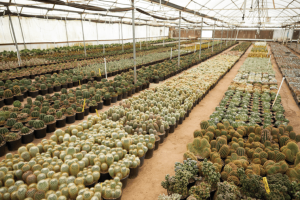 Altman’s recent string of acquisitions began in October of 2016, when Ken, his wife Deena and son Matt bought a majority share in Plug Connection, a 350,000-square-foot young plant producer located near Altman’s headquarters in Vista, California.

“Plug Connection was one of our biggest suppliers and we’re good friends with the owner [Tim Wada],” says Ken, co-president of the family business. “He got to a point where he wanted to retire, and he wanted to make sure that his people would be taken care of. The cultures of the companies were very similar, so we were a natural buyer.”

“Prior to that acquisition, we were buying plugs from outside vendors. Now, Plug Connection supplies the majority of our annual plugs,” says Ron Fox, Altman’s director of southwest operations. “It’s given us the opportunity to work closely with them to get what we’re looking for in plugs, to help us produce quality plants on time.”

Since Plug Connection continues to operate as a separate company, the vertical integration of young plant production benefits the entire supply chain — even beyond Altman Plants.

“At the time of the acquisition, Altman was probably one-third of the business of Plug Connection,” Ken says. “I’m really proud that we’ve been able to maintain those non-Altman customers and find new ones. We’re dedicated to making Plug Connection’s other customers happy, and Plug Connection is now many times the size it was when we took over.”

Altman’s next big expansion came right before Christmas of 2018 when it acquired the assets of Color Spot Nurseries from Wells Fargo following a Chapter 11 Bankruptcy. One of the largest-growing operations in the country, Color Spot’s remaining assets increased greenhouse space by 30% — adding an estimated 11 million square feet of greenhouse space and 1,500 acres of outdoor production.

Of course, Altman had been growing steadily between acquisitions, as well. In 2018, the company added 32 acres of greenhouse space and about 50 acres the previous year — spanning more than 2,100 acres across several states before the Color Spot acquisition.

The acquisition of Color Spot “added some significant additional product lines, a lot more growing capacity and a lot of great people,” says Fox, who joined Altman as general manager of the Texas division in 2015, a year after the company entered the Lone Star State. Back then, Altman only operated 35 acres of production space in Texas — but quickly doubled its presence there by 2016, doubled again by 2018 and doubled a third time in 2019 with the addition of Color Spot’s assets.

Today, Altman owns between 30 and 35 million square feet of greenhouse space, with facilities in California, Colorado, Texas and Florida, as well as distribution centers in Arizona, New Jersey and Georgia. The Color Spot acquisition added facilities in Fallbrook, Salinas and Lodi, California, as well as Troup and San Antonio, Texas. Altman also took over three locations in Waco, Walnut Springs and Fort Davis, Texas, that were previously closed; although the company still maintains these vacant locations, Fox says, the plans for these facilities haven’t been finalized yet.

Color Spot’s facilities all transitioned to the Altman name, except for a 600-acre woody ornamental nursery in San Antonio, which continues to operate as Lone Star Growers. By introducing shrubs into Altman’s selection, the nursery strengthens the company’s offering to customers, while the other acquired locations expand its capacity to produce its core products — including cacti, succulents, annuals and perennials.

Altman and Color Spot already shared many of the same customers, so the acquisition increased Altman’s existing business with those big box retailers, while also increasing its market penetration with independent operations, grocery chains and landscape suppliers.

“It gave us more production locations from which to sell to more companies in more areas, so now we’re almost everywhere in the country across the south, so we can stage plants closer to the market,” Ken says. “It’s strengthened our relationship with our customers and it just makes distribution easier when you have more people and more facilities to share across the system.” 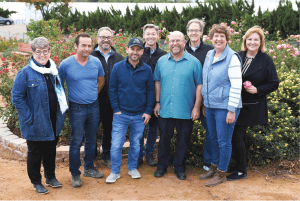 Blending Color Spot’s employees into the Altman family was no easy feat — but Altman’s leaders knew that cultural integration was critical to the long-term success of the acquisition. So, they set the expectation for cooperation out of the gate.

Within the first couple weeks after the acquisition was finalized in December of 2018, Co-Presidents Ken and Matt made the rounds with their managers to meet the management and production teams at the new facilities, where they shared their goals for the transition. Since Matt is fluent in Spanish, he also addressed the Spanish-speaking employees so that everyone felt connected to the message.

Fortunately, because both companies served similar customers in the same territories, Color Spot’s teammates were already familiar with Altman Plants. Many employees already knew each other, which eased the transition as Altman absorbed nearly all of Color Spot’s people.

“The people who came from Color Spot were more like us than not,” McCarthy says, citing shared values like passion and hard work. “From the very beginning, our goal was to be one company and not have ‘the Color Spot people’ or ‘the Altman people.’ It was important that our company culture was ingrained in the new team members.”

When Color Spot employees saw how connected and passionate Altman’s team was, they were eager to jump onboard.

“As a family business, we take a lot of pride in having a people-centered approach,” says Matt, co-president and COO. “When you understand the value of what everyone’s contributing, you can build something long-lasting. The people from Color Spot really embraced our cultural values, because entering a family-owned business with a long-term vision opened up more opportunities for them.”

Many of Altman’s leaders noticed that Color Spot’s employees seemed “receptive, even eager, to become part of the Altman team,” Fox says. This enthusiasm made the acquisition even smoother, thanks to Altman’s strong reputation in the marketplace, and Color Spot’s belief “that Altman, being family-owned and having a passion for plants, would bring both stability and reinvestment to their facilities,” Fox says.

After evaluating both companies’ operating systems, Altman decided to keep its homegrown ERP software, Evolution. The West Coast facilities transitioned by February, while the Texas locations waited until August to convert after peak production. This conversion was one of the biggest changes Altman had to navigate to sync up its new team.

“In many ways, your software system defines your business processes and the way you approach things as disparate as your financials to your customers to your inventory,” Matt says. “Our systems have been a big part of our success. I’ve heard of other companies running multiple systems and it creates a lot of complexity, so we just ripped the Band-Aid off and went for it. Everyone focused their efforts on the conversion and it was a testament to their teamwork that we were able to convert as quickly as we did.”

“We already had divisions across different states,” McCarthy says, “but the Color Spot purchase taught us that we have to be able to work better with people who are remote, so we’re focusing more on improving communications.” 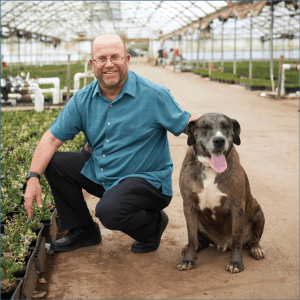 While cultural values and software systems laid the foundation for Altman’s integration, the true change began when the teams actually started working together.

“We spent a lot of time face-to-face getting to know the strengths and challenges at each operation, so then as specific needs arose, we had a better idea of how we could truly help each other,” Fox says. “A lot of that time was spent in the greenhouses looking at plants — not in the conference room looking at PowerPoint presentations — because we’re plant people first, and the quality we’re bringing to customers starts there.”

This boots-on-the-ground approach familiarized Altman’s team with Color Spot’s facilities so they could understand each location’s capabilities. As the spring season picked up pace, other facilities stepped up to ship products for busier locations to help the company stay on schedule.

As the year progressed, Altman brought in consultants to objectively review the growing operations and identify opportunities to improve efficiency.

“I asked each general manager and head grower to not only walk their own facility with the growing consultant, but to pick one of the other facilities and travel there to walk through it together,” Fox says. “That provided an effective forum for discussing plant culture and sharing best practices. We have a lot of back-and-forth communication looking at systems in each of the facilities, sharing what we know and figuring out how we can make it better.”